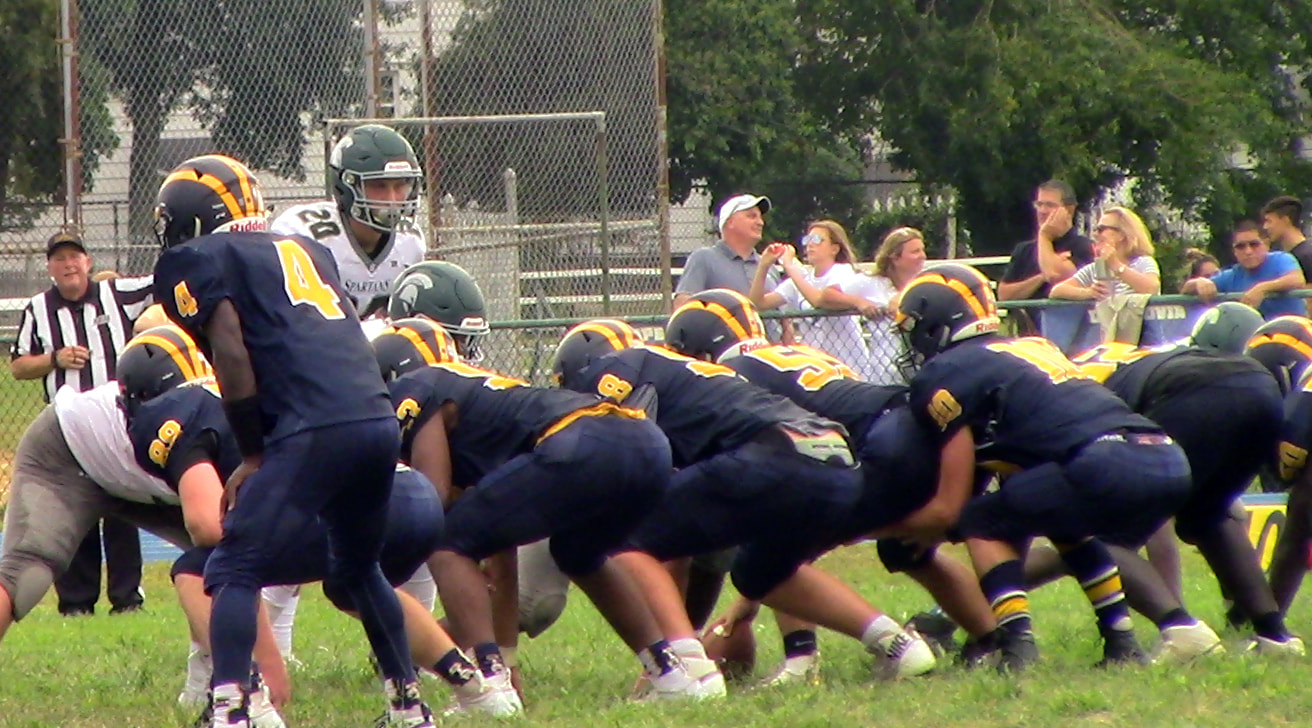 Motivation is going to be a large part of Nottingham football team’s 2019 season. Starting with the nagging reminder of another early postseason exit to conclude the 2018 season, the Northstars are more than ready to recapture the same hunger and to silence the doubters. Additionally, Nottingham underwent vast changes in terms of coaching in the 2019 offseason. Coach Jon “Big Dawg” Adams is no longer the Northstars head coach, stepping down after 29 years of being with the program. Additionally, offensive coordinator Ross Maddalon is no longer with the team. With only eight returning seniors, the underclassmen are going to have to step up and carry the load when their number is called. All of these aspects leading into the 2019 season provide Nottingham with a chance to be more motivated than ever before and to make a deep playoff run, something that has eluded the Northstars since the 2012 season.

Beginning with the ugly: Nottingham’s last two games of the 2018 season were the most detrimental going into the 2019 season. In a meaningless consolation game, star running back Diontae Nickleson and safety Jaier Nelson got thrown out of the game. This resulted in a one game suspension for both players. Unfortunately, the suspensions carry over from season to season, meaning they will not be able to participate in the week zero game against Southern Regional. The game prior to the useless consolation game shook the entire organization. The round one postseason match-up was against Holmdel, which has become a term meaning failure around the NHS campus. The Northstars lost 42-0 in an annihilating defeat. This devastating and redemption-provoking postseason dud promoted a new lifting system in the offseason. Newly added to the Northstars coaching staff, Coach Gabriel McGovern implemented a whole new regimen of offseason lifting. Now, lifts are more efficient and conditioning is emphasized more than ever to make sure nothing like that ever happens again. Revamped offseason procedures along with coaching changes invoke new motivation in each and every Nottingham Northstar football player.

Moving to the bad: the NHS football program is going to have to overcome a lot of adversities this season in order to make it a successful one. The first major difference from last year is who will be calling the shots on the sidelines of every game. As a shock to many, Coach Big Dawg is no longer the face of Nottingham football. He stepped down after 29 profound and successful years as head coach. With his exit comes the loss of an undeniable sideline presence and a league-wide respected voice that can do more than just negotiate with the officials. Coach Adams (who will always be Coach to me) is the new athletic director at Nottingham High School so he will now oversee all Nottingham athletics. Replacing a coach of that stature is going to be no small task, but his departure left the door open for a new era in the Nottingham football program. Former defensive coordinator Milo McGuire is the current head coach for the Northstars, and he is more than ready to take the reins. His decorated coaching resume more than qualifies his as a viable option at the position and he is a coach players enjoy playing for. Additionally, the Northstars lost offensive coordinator Ross Maddalon, another big blow to to NHS. Apart from the coaching aspect of the football program, the numbers are dwindling. With record low turnouts, Nottingham lacks much needed depth. This calls for an emphasis on underclassmen playing a large role on the team. Only eight seniors are returning and the leadership from them is going to have to be strong. All of these seem bad but with the right attitude and mindset for the 2019 season, Nottingham has the potential to turn some heads.

Pivoting to the good: Nottingham has a strong core of players. Despite lacking depth and seniors, the players Nottingham does have to work with are fully capable of winning football games. With the smaller numbers, the Northstars are going to have to band together to quiet the doubters. A tweaked and more efficient offense will help the cause as well. Coach Harris is stepping up as the new OC and he is fully able to take on the role. Head coach McQuire is ready to dive into the season head first bringing the program with him. He is hungry and will do anything to make sure the football team prospers. To top all else, the playoff loss is still fresh in the Northstars' mind. If the team doesn’t ever want that to happen again, they must take this season by the horns.  A new era of Nottingham football begins now.