By Maddy Lippincott and Henry Miles 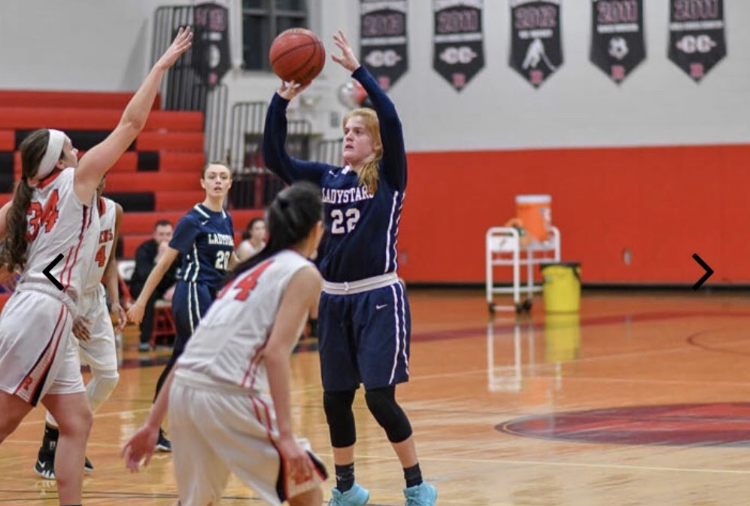 Why do you like basketball?
I like basketball because I grew up watching a lot of basketball, especially watching my cousin play. A basketball court is always the place where I felt most comfortable, and where I can just be myself. It has taught me so many things not only on the court but also off the court, such as discipline and patience.

When did you start playing basketball?
I started playing basketball when I was five years old. I played in the Hamilton Pal Rec League for a few years. Once I started at Saint Raphael School, I joined the CYO league and played there up until high school. During my 8th grade year, I joined a travel basketball team called Hamilton Hotshots.

What position do you play?
My position sometimes varies based on the team we are playing. I can play any position on the court, whether it’s a forward, guard, and even sometimes a center. But most of the time I play at the shooting guard position.

What is your fondest memory from any basketball season?
My fondest memory of any basketball season would probably be making memories and creating bonds with my teammates that will last for a lifetime. Having pasta parties and hanging out with my team is where all the memories come from. I’ve created so many friendships from playing basketball and without it I probably wouldn’t be friends with some of the people I am today. If I had to name one specific memory, it would be participating in the SKOR Program at the YMCA with my team. Being able to make kids smile and be able to give back to those who can’t do all of the things we can do is amazing.

What are you inspired by?
As a younger kid, I was inspired by my older cousin Sam. I would always go to her games whether it was high school or college. She played basketball here at Nottingham and then continued to play during college. I knew that when I got older I wanted to be just like her. My coaches and teammates also inspire me by pushing me to be the best I can be.